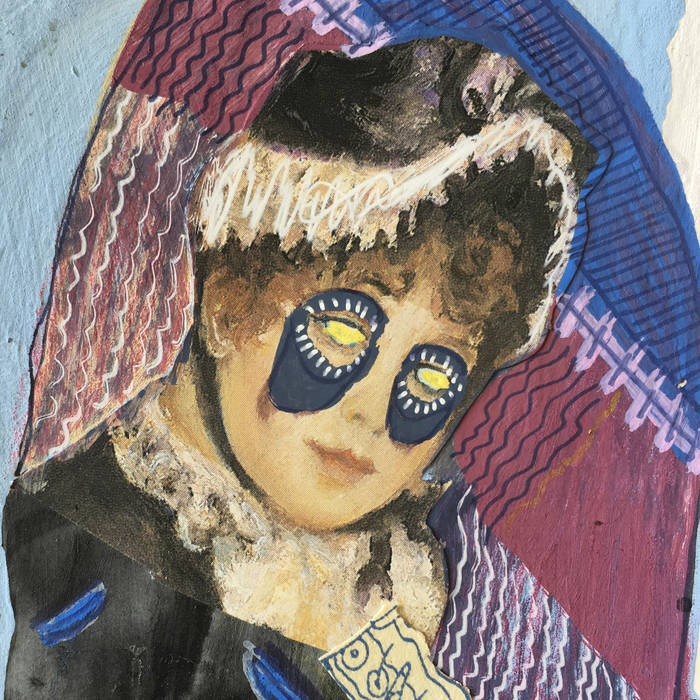 Coda Chroma’s self-titled alt-pop/psych-folk debut album is the conjoined brainchild of songwriter Kate Lucas and producer Damien Charles. The musical terrain laid out here is wonderfully vast, from the darkly empathic opening track “Camera” to the muscular chromatic pop of “Fishing Line,” the smouldering soul confession that is “No One But You” all the way to the woozy, hypnotic finale “Indian Summer,” we are led through a kaleidoscopic world that shimmers with flecks of gold and grit.

Four years in the making, the tracks that made it on to the album were scooped from the deluge of music that Kate generated in her mid twenties. Sometimes candid, sometimes abstract, the songs are pictures of real and alternate realities, vexed love, resilience, and nostalgia for the unknown.
The single “Fishing Line” sees Kate engage in a self-reflective pep talk in the aftermath of a string of tough encounters with love. Of the track she says “Sometimes you have to be your own mother and set yourself straight. Remember your worth and what it is you actually want and deserve.” Accompanied by a music video created by Blank Tape “Fishing Line” is the feature track off the album, officially out Friday 7th of April on vinyl through Buttercup Records (pre-order via Bandcamp) and on iTunes, Spotify and Amazon.


Featuring performances by a host of Melbourne’s leading musicians, Coda Chroma’s self titled album was recorded in Damien’s boutique studio “Ghost Oak,” with rare analogue synths and post-production-sparkly-bits recorded at “The Barn,” Wally de Backer’s home studio in country Victoria. The drums were recorded in the floating orchestral room at Oaklands Production studio in Melbourne’s outer suburbs, while some cameo parts were recorded outdoors, foley style.

After a release lead up that included the single “Car Tapes” being added to the Double J playlist, a slot in the Music Victoria Crawl #1 tour, supports with Husky, Ainslie Wills, and Jordie Lane, Coda Chroma are set to celebrate the release of their debut album with a live show at The Northcote Social Club on 23rd of April 2017 with special guest Hannah Cameron (pre-sale tickets available now). Launch shows in regional Victoria still to be announced, details will be made available at www.codachroma.com. Catch them live before they head off to the UK and Europe in May!

Bandcamp Daily  your guide to the world of Bandcamp

Serena Cherry debuts her black metal project, plus a Pick from the Crypt block from Svalbard